Gender equality aims to secure the equality in the rights, duties, opportunities for both men and women.

The Convention on the Elimination of All Forms of Discrimination Against Women (CEDAW, 1980) and its Optional Protocol, the Beijing Declaration and Platform for Action (1995)… This list is far from the complete one of the main international commitments to gender equality which Ukraine has joined. In addition, the State Program for Equal Rights and Opportunities for Men and Women, as well as the National Action Roadmap “Women, Peace and Saferty”, has now been approved as an Annex to Security Council Resolution No. 1325.

However, despite the measures that the state has taken in this way, women still face obstacles in exercising their political, economic and social rights. Cases of violence against women and girls, including domestic and sexual violence, remain relevant, this creates obstacles to the unconditional and full realization of their potential in all spheres of life, and therefore they are discriminated against. The level of women’s access to decision-making at any level is too low. Representation of women in the relevant structures is limited. Gender discrimination has become particularly acute during the war in the Specific Areas of Donetsk and Luhansk Regions (SADLR), as well as after peninsula Crimea was annexed by Russian Federation. 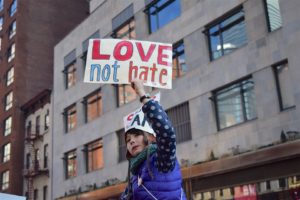 That is why the Ukrainian Institute for Advanced Training of Television, Radio Broadcasters and the Press Experts determined the direction of gender equality as one of the priority in its educational activities. In accordance with the curriculum, the Institute conducts seminars and round table talks on this subject. Scientists, public figures, and gender experts, including international ones, provide relevant information to media representatives, develop conditional thematic plans to highlight human rights activities based on gender discrimination, consult and share the experience of foreign media and Internet resources. 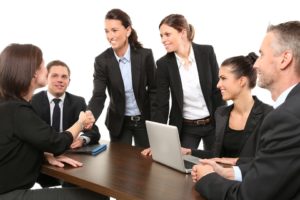 UTRPI develops methodical recommendations for journalists, in order to explain the concepts of gender to workers in the media sphere in a simple language. Contests for journalists of local publications or studios on the best material on the topic is an incentive to create new interesting and useful publications or programs. After all, it is often the timely spoken word, or information read, saves life of a human.

It is important that thanks to the media, people who suffer from violence, can learn about special state and public institutions that, if necessary, render full scale assistance. UTRPI provides regional media with the necessary knowledge and skills to deliver the information, which greatly enhence their work, is socially useful and highly asked for.